I have posted photographs and stories on this blog about 124 benches over the years.  Many of them have had stunning views but this has to be the best panorama of any bench I have recorded.  This memorial bench overlooks St Ninian’s Isle beach along the coast of Shetland.  At low tide walking across the sands to St Ninian’s Isle and following the path around the island is a popular day out and this is exactly why we were here during our holiday on these spectacular islands.  We had chosen a day when Shetland was sparkling in the sunshine and we wandered around the cliffs enjoying the varied vistas and spotting birds and seals. 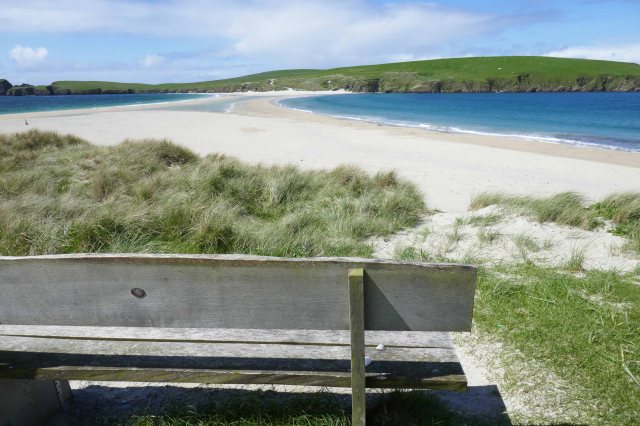 This memorial bench remembers Kester Wigram as a “free spirit.”  He was born in New Zealand and had lived in Shetland for 10 years with his family, working as a chemical engineer in the oil industry and also as a teacher for a short time.  The local newspaper reports that he was a popular man known for his “spirit of adventure.”  Kester Wigram took a kayak from St Ninian’s Isle beach in April 2010 and when he didn’t return he was reported as missing.  A major search for the experienced kayaker followed but it was over 12 months before his body was found. 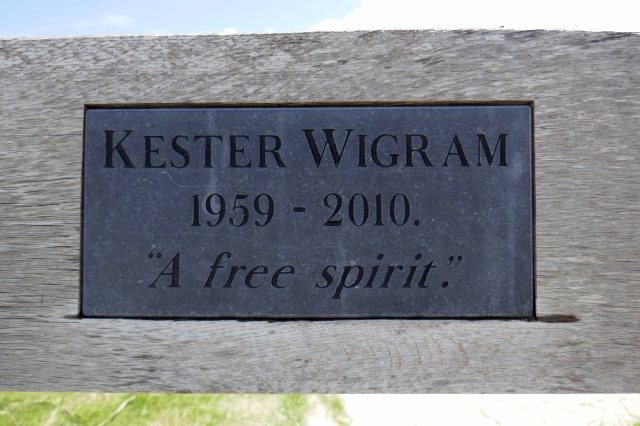 A post from Stefan Janick in the Tayside Sea Kayak Club gives a sense of Kester Wigram’s  warm personality, “For many of us, Laurna and Kester’s were the first stop when arriving in Shetland. They lived just on the hill above the ferry terminal in Lerwick.  We had many a good feed and slide show there with our Norwegian paddling pals.”

As well as a memorial service on Shetland to commemorate Kester Wigram, his family and friends in New Zealand gathered at Pukerua Bay, where he grew up, to remember him.