By 1909 Kinlochleven had a hydro-electric scheme and aluminium smelter, following the construction of Blackwater Reservoir and 6 kms of pipeline to the valley by navvies.  Crammed dozens to a hut, the navvies worked in harsh conditions among the Scottish mountains and not all of them survived.  The navvies graveyard by Blackwater Reservoir is a sobering spot.  The aluminium smelter employed up to 800 people and the isolated village of Kinlochleven grew.  During the First World War there were two prisoner of war camps around Kinlochleven and the German prisoners worked to build the road on the south side of Loch Leven to support the busy aluminium works.

Overlooking the hydroelectric and former alumimium smelting works in Kinlochleven

The aluminium works is long gone but hydro-electric generation continues in Kinlochleven.  For one family Kinlochleven has other associations and this memorial bench that remembers Tony Schwalbe who died in 2009 after only 30 years, faces the hydro-electric plant.  This memorial plaque is unusual for being engraved in German.

If you have never been, Glencoe Lochan is a real treat.  Take the steep road from the village, park up and you walk in to a fairy tale.  This is Hansel and Gretel and Snow White on their Scottish holiday, an otherworldly place to lose yourself in.  The woodland and lochan were designed with love to ease the homesickness of Donald Smith’s (Lord Strathcona) Canadian wife, Isabella.  The couple met in Labrador and Isabella came to live on Donald’s Glencoe estate but, despite the planting of numerous red wood trees and a lochan with a view of the Pap of Glencoe reflected in its still waters, Isabella never settled and they spent much of their time in North America.

This bench with a view over the lochan has a tree stump next to it with memorial plaques to eight different people.  I read them all but it was the plaque to Miss Barbara Fairweather MBE that caught my eye.  This wasn’t just because she was described as a ‘very special lady’, although I have no doubt that she was, but also because we had also visited the lovely Glencoe Folk Museum on our trip.

Barbara Fairweather MBE co-founded the Glencoe Folk Museum with Mrs Rae Grant in 1966 and for Barbara Fairweather this was a life’s work and she collected many of the items on show.  In 1971 the museum was given the two cottages it is now housed in and the museum opened a year later.  The museum collects, preserves and exhibits items relevant to the history of Glencoe, including photographs and is a perfect example of a community museum that has grown with dedication and love.  This isn’t a dry collection of objects, it is a lively and interesting museum that brings alive the people who have lived in the village of valley of Glencoe over the centuries and I can only urge everyone to visit.

Barbara Fairweather also wrote The Folklore of Glencoe in the 1960s and contributed to other local history books.  She was the first editor of the 1745 Association‘s Quarterly Notes and left £500 to the Association for a seat in Kilmuir Cemetery on the Isle of Skye in her will. 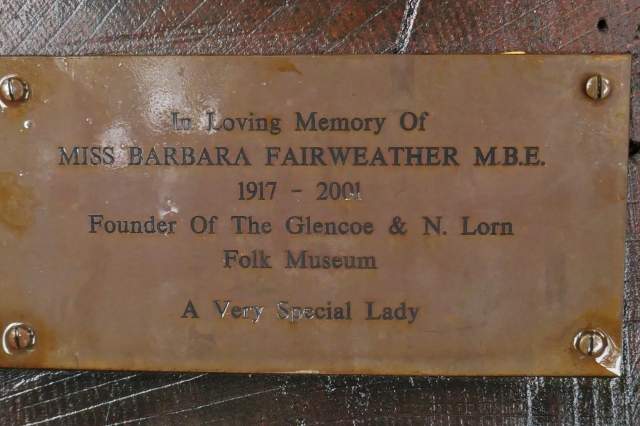 I do not always get to see a photograph of the people whose memorial benches I write about but in the case of Barbara Fairweather there is a portrait seated in her home with a cat on her lap.  The portrait can be seen in the Museum and Barbara Fairweather looks very relaxed and content in her lovely home.

Barbara Fairweather was the great grandaunt of a young woman from New Zealand, Rachel, who has written a lovely blog post with stunning photographs of her visit to Glencoe where she explored some of her family history. 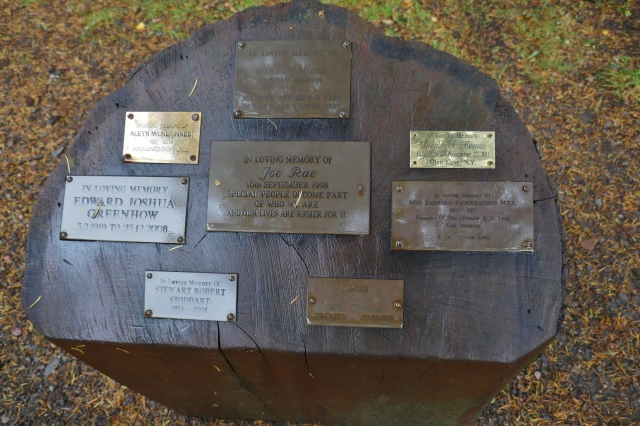 Formby is one of those places we go back to regularly to walk along the sands and feel the sea breeze, search for red squirrels in the pine woods and explore the sheltered corners of the unstable sand dunes.  On our last visit I found this moving memorial bench to Leon James Quarless.  A story that ends with a young man dying immediately after his 26th birthday is never going to be a happy one but I was struck by the love and the joy in the words on the plaque on this memorial bench.  Describing the young man as ‘happy’ and ‘funny, loving and caring’, the message told me the many ways Leon James Quarless touched the world, as a ‘son brother, grandson, nephew, cousin, partner & best friend’. 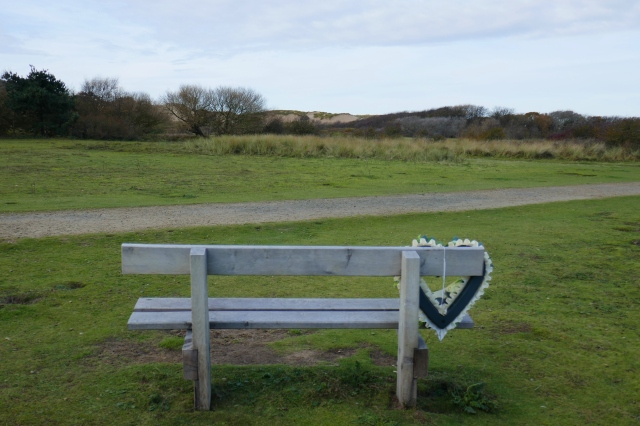 The sand dunes at Formby south of Southport

The bench has an open view towards the Formby dunes in a peaceful and sunny spot.  Leon James Quarless died tragically on the nearby railway tracks between Freshfield and Formby stations.  A young man who had been a successful footballer, playing for various teams including Walsall FC’s youth team.  Many floral tributes were left for Leon James Quarless over the railway line, showing how much he was loved and will be missed and how many lives he had touched in his 26 years. 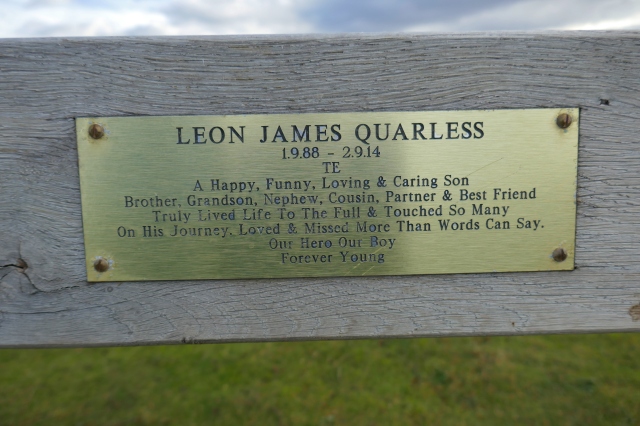 The pond in the grounds of Brodie Castle

We took a spring walk around the grounds of Brodie Castle between Nairn and Forres.  Brodie Castle is part of the National Trust for Scotland and is a stunning 16th century turreted house in salmon pink.  Although the house is stuffed to its roof with antiques it was the large estate that we decided to explore.  The gardens have beautiful flowers and lots of walks and we followed the signs to the pond where we found this memorial bench to Jackie Bruce.

The memorial bench caught my eye for the unusual plaque in the shape of a swan-necked copper still used in the whisky distilling industry in Scotland.  I haven’t been able to find out more about the story of Jackie Bruce’s life but surely he either worked in a local whiskey distillery or enjoyed an occasional dram.  Brodie Castle and Nairn are on the edge of the Scottish Speyside malt whisky producing area and near to a number of Scottish whisky distilleries.

A place for you to rest, whether in body or soul.  Lovingly gifted by the family of The late Jackie Bruce Nairn

The ownership of Brodie Castle is an interesting story and was the focus of a bitter family feud among the former owners and residents, the Brodie family.  Ninian Brodie, the former clan chief, sold the castle to the National Trust for Scotland in 1978 as the house was in a state of disrepair and the family could not afford to keep the house and its contents together, a decision that Ninian’s heir was unhappy with.  Ninian Brodie was able to live in a flat in the house as a tenant until he died in 2003.