It was a sunny day when we were in the pretty harbour village of Cullen on the coast between Inverness and Aberdeen and I rested awhile on this memorial bench to Hendry Runcie, the former local harbourmaster to take in the view.

Cullen’s historic harbour was designed by Thomas Telford and is a village of low cottages set sideways on to the sea to protect them from the weather. The village has a lovely sandy beach looked over by a 19th century railway viaduct that now gives opportunities for airy walks to Portknockie. 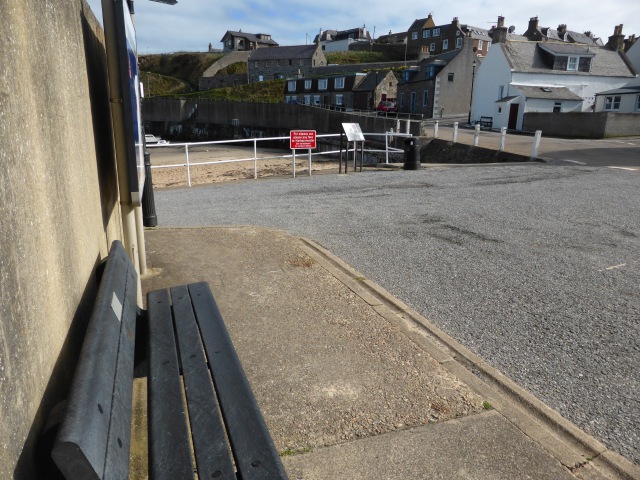 Cullen on the Banffshire coastand the harbour

The newspaper report on the unveiling of the memorial bench tells some of Hendry Runcie’s story.  I read about a man who was previously a fisherman and who dedicated considerable energy to running the lovely harbour in Cullen and keeping it ship-shape.

I also learnt that the name Runcie is an old local name from the 17th century and Hendry Runcie’s ancestors were also fishermen. 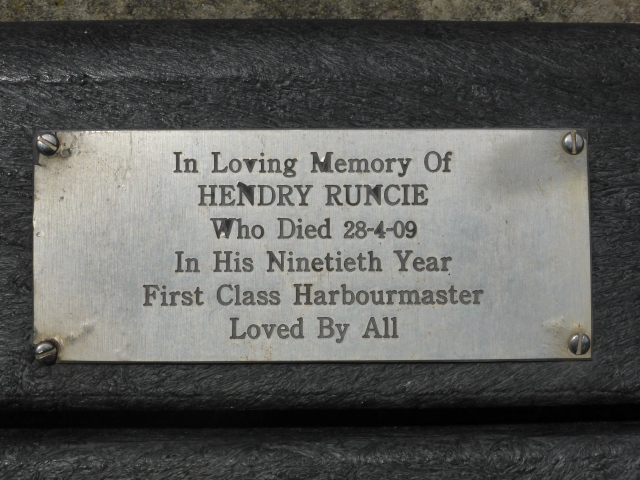